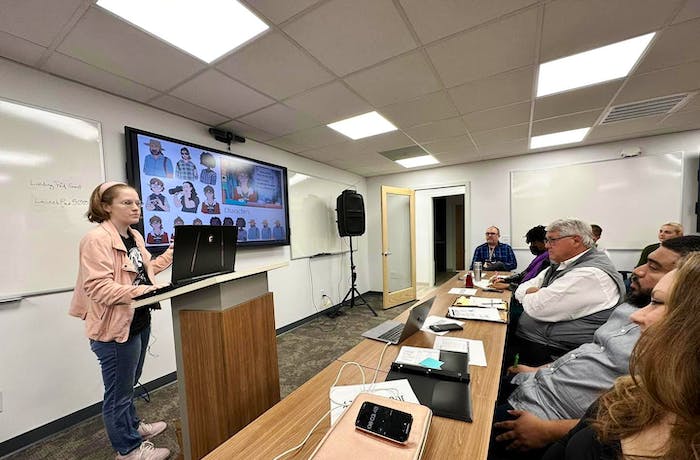 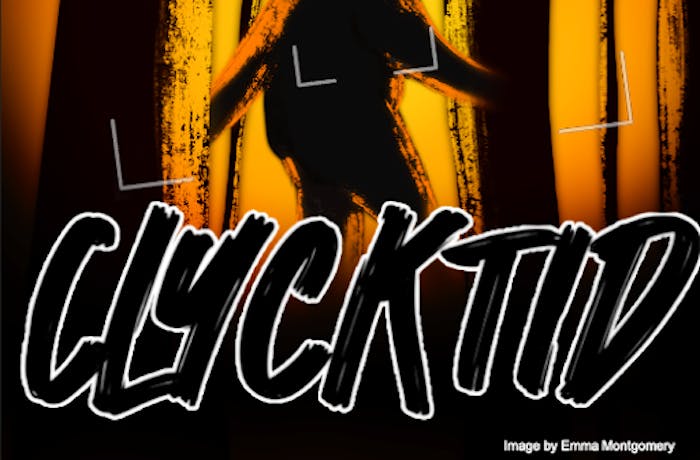 Emma Montgomery is brimming with ideas. This year's winner of the Beaufort Digital Corridor's DEMOday video game pitch competition, one would never know she's actually brand new to the world of game development. The recent college graduate's plans for the immediate future revolve around "Clycktid", a mobile app that she conceptualized and is in the process of designing. Having given a rundown of every prospective detail of the game, Emma's DEMOday presentation was persuasive enough to earn an initial round of funding from Dolfin Ventures. DEMOday participants were members of a selective internship program, spearheaded by USC – Beaufort media arts Professor Jim Sidletsky, in collaboration with Dolfin Ventures and the Beaufort Digital Corridor. Now that the game accelerator has run its course, and project capstones have been delivered to the public and debated upon by DEMOday panel judges, Emma is ready to take the next steps to bring Clycktid to fruition – and onto a cell phone near you.

Emma Montgomery's background is in the realm of visual arts, and though she grew up playing video games, she channeled her passion for narrative into a B.A. in Studio Arts. A comic book fan adept at digital drawing and animation, her creativity shines through not only in the aesthetics of Clycktid, but in the realization of a truly unique digital experience. The object of the game, loosely, is to catch and collect 'cryptids', or creatures of myth and folklore, as they appear intermittently and elusively within the app. As the player maneuvers within the sprawling virtual landscape, they can catch a glimpse of Bigfoot or the Loch Ness Monster, clicking at just the right moment to snap a photo. Non-playable characters guide them through the worldbuilding, providing tips and conversation, though the game will also have a socially-connected element (such as a friends list) to make it more competitive and interactive. Time-restricted live events round out the game's offerings. Positioned as a cross between Farmville and Pokémon Go, Clycktid should appeal to those interested in fantasy or the paranormal who are looking for a low-stakes but engaging way to unwind. Patience is required to play, but the element of luck and chance involved makes it rewarding.

Though Clycktid is only her first foray into the tech field, Emma diligently powered through the requisite steps of game development, from brainstorming the initial concept, and narrowing down core mechanics, to perfecting the storyline. She describes her minimal coding experience as "a struggle", but it was one she worked to overcome, both in the classroom with Professor Sidletsky and solo in her bedroom, her workspace of choice. She has Google to thank, naming it as an indispensable resource, though she also adhered to the Agile project management technique to keep her on track.

When asked what traits make a successful game designer, Emma cites "hard work and dedication", both of which are palpable in her recent success. Her advice to those who wish to follow in her footsteps? She knows what not to do: "Don't be afraid to ask for help or feedback throughout the process (especially from peers); don't just have one idea and run with it, but have several ideas and narrow it down; and don't be afraid to throw things away or walk away from them to make something better." You don't need to develop mobile games to appreciate and apply Emma's life lessons to your own endeavors.

Clycktid is currently in the pre-production phase, and 2023 should herald a fully functional "minimum viable product". The Beaufort Digital Corridor eagerly awaits the initial offering and is thrilled to support Emma during this exciting new phase of her career.