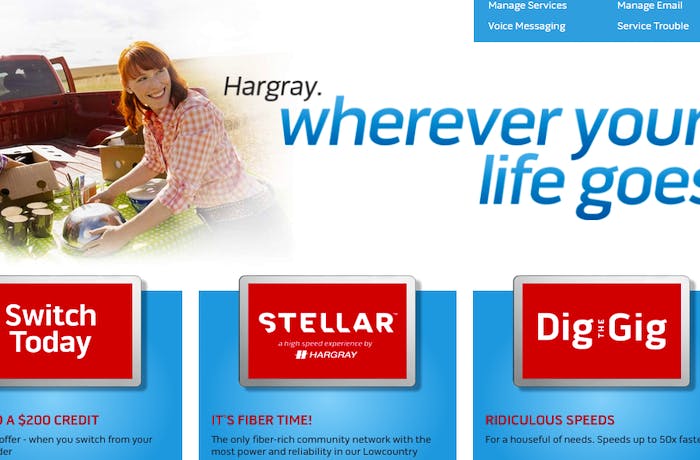 The City of Beaufort announced today that it was awarded a three hundred ($300,000) thousand-dollar grant by Hargray Communications, Inc. for road and infrastructure improvements in Commerce Park. This grant meets the requirements of South Carolina Part C: General Business Credits, Section 17 Credits against license fee for Infrastructure, Code 12-20-105 and its various sub regulations. Hargray' s executive team which is based in the lowcountry understands the importance of economic development.

Furthermore, Hargray has also agreed to partner with the City in the efforts to bring an advanced fiber-optic infrastructure to Commerce Park. We recognize that broadband access is no longer a "nice-to-have" it is a "must-have" for businesses that need to maximize productivity and efficiency in a competitive market place.

To further the partnership between Hargray and the City they are also bringing high speed Wi-Fi service to the Henry C. Chambers Park in downtown Beaufort. Hargray understands that without an advanced communications infrastructure, economic development efforts will be hampered and we are very pleased to be part of the City of Beaufort's revitalization and economic development plans and programs. Mayor Billy Keyserling thanked Hargray for the grant and for their support in improving the infrastructure throughout the City. This shows what can be accomplished with effective public/private partnerships.