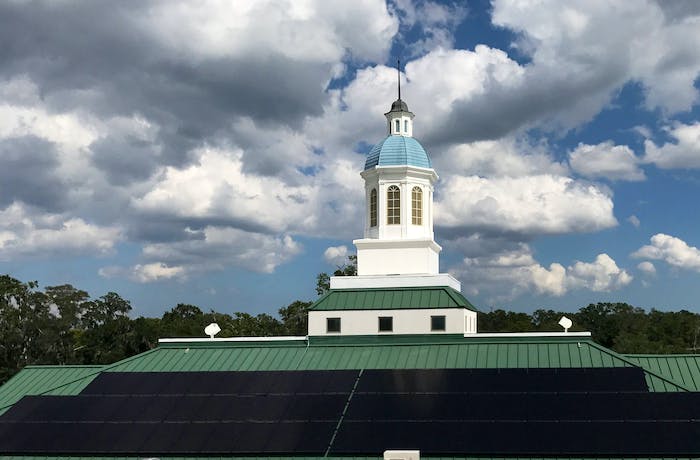 Beaufort celebrates the solar power initiative that will provide clean, renewable energy for the city

Alder Energy Systems LLC, a trusted South Carolina turnkey solar provider, is pleased to announce the completion of five solar installations on municipal buildings for the City of Beaufort in conjunction with Johnson Controls. The city's buildings with solar now include two fire stations, the Public Works building, the Police and Courthouse, and City Hall. Combined, these installations include 876 panels producing 365.5 MWh of solar energy annually.

"This long term strategic investment in Beaufort reduces their operating costs and saves the city and its citizens money. Also sets a fine example of environmental stewardship for other communities to follow - that renewable energy projects do pencil out," says Vice President Craig Knowlton.

Additionally during the installation process, Alder Energy Systems teamed up with SmartPower and Solarize South Carolina to host educational workshops for Beaufort residents. These workshops intended to educate the local residents of about the benefits of Residential Solar.

"Residents of Beaufort are eager for the facts on solar energy," said Sara Hummel Rajca, Community Outreach Manager for Solarize South Carolina. "Attendees of the workshops showed a great interest in solar and this was due to the City's support – through both their rooftop systems and the proclamation to Solarize Beaufort."

Beaufort is not the only city in South Carolina to step up to the plate with a significant solar power initiative. Many cities across the state are carrying out projects like these in an effort to reduce utility costs while reducing their impact on the environment. There are state and federal incentives available for both businesses and residences when transitioning to solar power. Beaufort and other South Carolina cities and businesses stand to save millions in utility costs through clean, solar energy. Now is a great time to make the switch to solar.