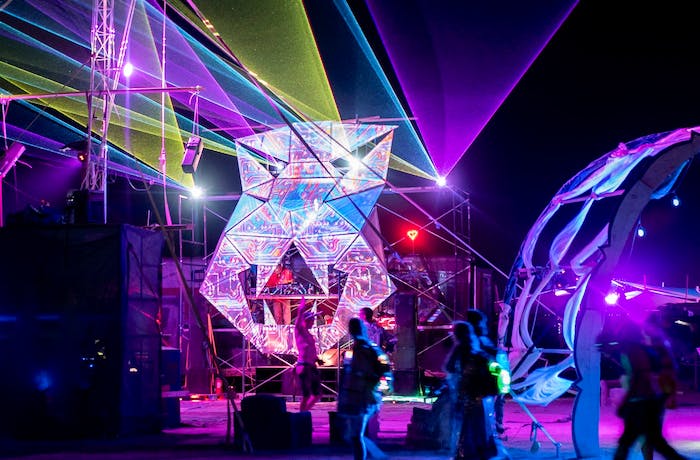 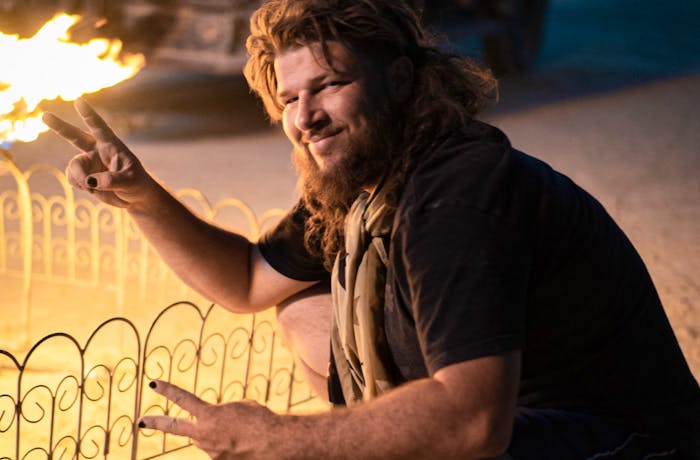 Multi-hyphenate musician Matthew Greenwell, of Riverton, Utah, puts the "art" into "artificial intelligence". As the frontman of MMFG, an experimental electronic music project, he's used to employing various technologies, cutting-edge and classic, in the process of composing – think MIDI controller pads, keyboards, and their associated editing software. But this time, one could say his medium of choice is also an artistic collaborator. Greenwell found himself with a need for album cover art that accurately represented his futuristic music. Enter MidJourney, an Artificial Intelligence (AI) designed to visualize anything you can imagine (or put into code). By searching and synthesizing an endless library of pictures from the Web, it can produce virtually any new image you're able to describe to it. According to Greenwell: "Midjourney is just a bot command that runs through Discord [a social messaging app], and you're basically sending commands to the CPU server offsite. When it gets your request, it references your input with elements that are available online. The AI has a huge library of stuff that it has scanned, or can scan."

MidJourney is a relatively new technology, but it's not the first of its class – Google's Deep Dream and OpenAI's DALL-E are also machine learning models that generate visual content (in other words, art) from natural language prompts. But MidJourney is ideal for creatives, because it allows them to retain the rights to any work made with the AI. This allows it to be used in a host of other contexts, from storyboarding and worldbuilding, to logo design, to mockups of a giant jaguar head with lasers coming from the eyes (more on that later). For the album art, Greenwell fed the AI pictures of his signature horned helmet he wears while performing, and it used them as a reference point to make something both familiar and completely new. Says Greenwell, "It's an excellent tool for exploration and ease of access. I can use an AI image to inspire me to write a song, instead of the reverse process... I can literally sit here and mess with it all day."

It must be easy to use then, right? Not quite, Greenwell recounts. "Not everything you make with it is great; it takes a lot of skill. Animals and faces are harder than inanimate objects. It's a little bit of coding, because you have to order the phrase correctly – I type in a command, and there are adjustable parameters. Sometimes you get nightmares!" There's even a training process involved for the AI, wherein the user tailors the algorithm to better reflect the result they want. After devising a set of four image results, a user has options to either 'upscale' the definition of one of the pictures, or generate a 'variation' of it, producing four more iterations of the prompt. "You have direct messages with the machine," Greenwell tells me. "There's a reaction system with emoji to gauge what I like and don't like. From the time I started using it to now, it better understands what I'm looking for." Still, it can be a matter of trial-and-error. "If I'm trying to get something I'm picturing it in my head," he continues, "sometimes it just slaps it out. Sometimes it gives you something random and unexpected." However complex, it is quick: even using the unpaid subscription, it only takes about two minutes for Greenwell to render a batch of images.

It might seem impossible for human artists to compare to an AI with super-speed and an infinite repertoire to draw upon, but surprisingly, Greenwell "can't necessarily say it's better". "In a sense, everything it's referencing is human-made art. Everything that's taught it is human," he explains. So, it's a symbiotic relationship, rather than one marked by obsolescence. Similar to the instruments Greenwell plays, the AI is functionally useless without human input – like a guitar, it's a conduit for expression, but isn't considered responsible for the final result itself. Think of the AI as a magnifying glass to more clearly depict what's already in your mind's eye.

Can a machine really make "art", then, or is Midjourney just a technological spectacle? It depends how you use it. Greenwell's album cover stands alone as a product of hours of refinement and conceptualization, but MidJourney has applications both recreational and practical. As mentioned previously, he used MidJourney to help design and plan a massive, jaguar-head stage installation for display at the annual Burning Man Festival in Black Rock Desert, Nevada. But even if you don't have any major artistic projects in the works, it can be a useful tool to teach and learn how to interface with an algorithm most effectively when using natural language. It's also just plain fun to explore how an AI "sees" the world and interprets your words.

Matthew Greenwell has always been an enthusiastic proponent of emerging technology, regarding it with curiosity rather than fear or skepticism, and the Beaufort Digital Corridor hopes to foster such an open mindset in its members. "When I was a kid, we only had Atari, but now look where we are with VR gaming. So just experiencing the rise of the Internet, and the pace at which things have accelerated in thirty years, makes me optimistic for the future. How much better can we keep making things?" That's an attitude of fearless innovation that the BDC can fully support.