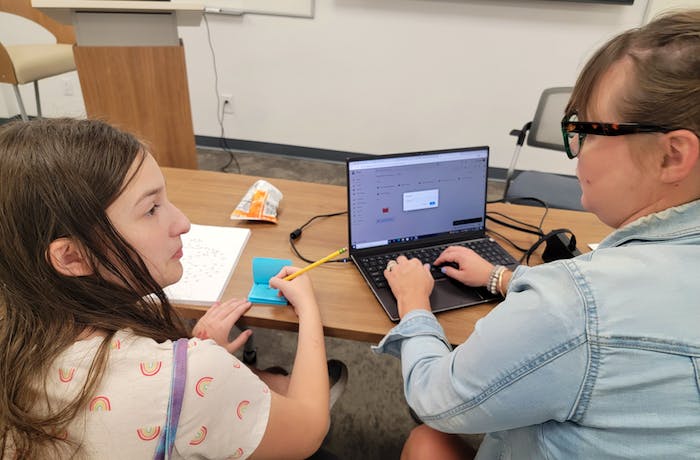 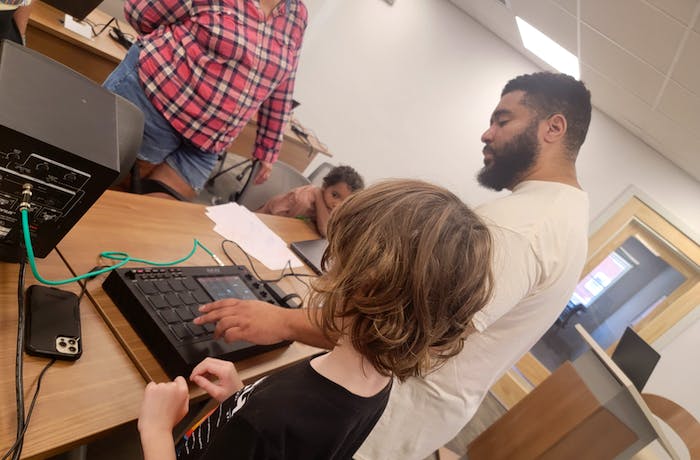 It's never too soon to begin learning to code. Though having foundational programming skills can enrich anyone's life, young women may especially be able to benefit from an early leg-up in the historically male-dominated tech landscape. It's easy to feel discouraged from pursuing STEM-based hobbies if you feel like you stand out, or aren't represented amongst your peers. This is why the Beaufort Digital Corridor, in partnership with Charlotte, NC's Dottie Rose Foundation, recently offered a series of programming "CODEcamps," fun-filled extracurricular day programs for students in sixth-eighth grades. Designed to provide an understandable and exciting entry into STEM education, these CODEcamps are just the kind of field trip kids look forward to taking.

Several days the week of September 19th, 2022, were designated for holding the inaugural camp sessions, which students from The Complete Student in Port Royal had the option to attend for school credit. In addition to instructors from the Dottie Rose Foundation, guest tech professionals presented on a different computer-related theme each day, from game development, to animation, and finally, music production. On the 'digital beats' day, students were joined by Jamie Fleming of 1212 Design, who introduced them to a digital mixer and allowed them to play and record music on the device. Songs were then downloaded onto a USB drive, given to them as a souvenir by the BDC. When discussing video game technology, Dolfin Ventures' Jason Loia also made an appearance to give expert advice about the industry. Using the laptops provided, students got a chance to experiment with novice-friendly software, such as drag-and-drop code editor Scratch, and the open-source Wick Editor for motion design. While class sizes were small enough to allow for plenty of questions and individualized attention, there was no lack of energy in the room as attendees eagerly followed along.

The Dottie Rose Foundation's Dr. Sharon Jones, veteran educator and organization founder, traveled from Charlotte to lead the kids' camp. Not only did Dr. Jones want to expose young learners to "the connection between design and art, and how that can parlay into tech," but as a self-taught programmer herself, she is driven to provide a learning infrastructure that didn't exist for girls when she was in school. Having seen firsthand the decline of female students in her high school Comp Sci classroom, she and Executive Director Jillian Klingberg conceived the Dottie Rose Foundation to address the gender disparity where it so often begins – in middle school. With the stated mission to "create a pipeline of women in technology," they've now grown to serve almost 1,000 young women and girls through summer camps, Saturday workshops, and in-school presentations within the Charlotte school system. It's a staggering figure, considering they've only been operational since 2018.

So how do they retain those female students who would otherwise feel excluded from the world of STEM? "We take everyday activities and connect it back to computer science concepts – fashion, art, robotics, theater, video games," explained Klingberg. "We can go on a tangent and have the ability to cater to the kid and keep them invested," she continued, emphasizing how students' existing interests drive their foray into technology and make them receptive to instruction. For instance, Dr. Jones used the Instagram Boomerangs feature to demonstrate a repeating "for-loop" command. Such hands-on, familiar examples don't just make the classroom lively, but put beginners at ease, too. It all comes back to the notion of inclusivity that underpins the Foundation. Dr. Jones has a saying: "if you can write a sentence, you can write a line of code," and it's this open approach that makes Dottie Rose's offerings so unique and effective.

With partners including Lowe's, Microsoft, and Verizon, one would think the Dottie Rose Foundation has reached its peak. But although the road to success has been a long one, they're really just getting started. "Sharon (Jones) and I hustled, fell down, got back up, and now we're finally in a spot where we're thriving," Klingman recounted. And thriving they are. The Foundation just purchased a house in Charlotte that will function as an HQ for Dottie Rose, and a mecca for all tech-loving girls in the area. The first female-forward tech hub in the city, they're hoping to soon expand south to the Lowcountry as well.

The Beaufort Digital Corridor was thrilled to team up with Dottie Rose to provide a memorable educational experience for Beaufort's girls and boys alike. With a shared ambition to bring tech education to youth, the collaboration was a fruitful one – and more importantly, fun was had by all. Does CODEcamp sound like it would be right up your child's alley? Future BDC camp sessions are available to be scheduled as field trips upon request. Contact us today for more information.