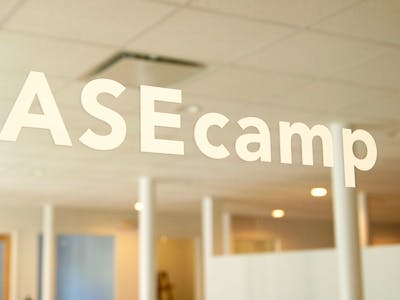 The Beaufort Digital Corridor formally opens its doors to the BASEcamp business incubator on January 12, 2017. This recently renovated facility, located at 500 Carteret Street in downtown Beaufort has been developed to help early-stage technology and knowledge-based companies take flight.  The ribbon cutting is set for January 12th from 5:30-7:30 pm.

"The Beaufort Digital Corridor is the right idea at the right time and certainly the right place," said Beaufort City Councilman Stephen Murray, the driving force with setting up the new project. "Our Lowcountry lifestyle, our outdoor environment, our history and our determination all make us a perfect location for tech start-ups.

"With high speed Internet and all the ways to communicate that didn't exist 20 years ago, it's not necessary for most technology firms to be located in Atlanta, New York or other big cities. They can enjoy the Beaufort lifestyle and still get the job done," Murray said.

"We think there is absolutely a need for this type of incubator, not only to help new Lowcountry tech firms and people operating out of their homes get a good start, but also as a way to attract start-ups from other areas of country where it might be below freezing this time of year," Beaufort City Manager Bill Prokop said.

"New businesses often need support and guidance to survive and thrive, and that's what the Beaufort Digital Corridor team will provide," he said. "Their work in Charleston has been tremendously successful."